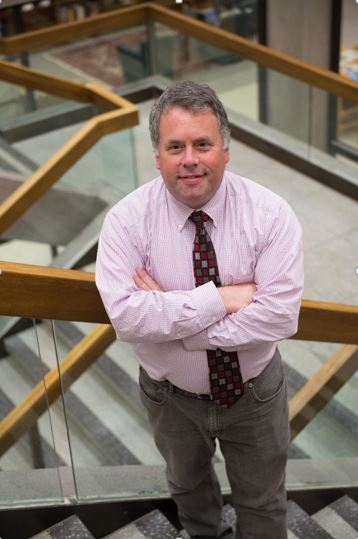 Librarian for Communications and Public Affairs

20022019
If you made any changes in Pure, your changes will be visible here soon.

Michael Pasqualoni is an associate librarian at Syracuse University Libraries, where he oversees liaison to students and faculty at the university's Newhouse School of Public Communications and various departments at the Maxwell School of Citizenship & Public Affairs.  His formal educational credentials include a bachelors in political science from University of California, Berkeley, a master of arts in broadcasting from San Francisco State University and an MLIS degree with emphasis on academic librarianship from the University of Texas at Austin.

Michael has worked in libraries since the early 1980s and also has significant experiences with research in environments that include law firms, special libraries, video archives, and a background in film & television production.  That experience has also involved arts administration and film festival operations, with volunteer and front of house management roles at international film festivals in San Francisco and Syracuse.  Michael has served on the adjunct faculty at Syracuse University's School of Information Studies and been a lead instructor in first year experience seminars for the university's incoming freshmen.  For nearly two decades he has had a close research instructional mentoring role with advanced placement (i.e., "project advance") high school seniors studying public affairs.

Michael's personal interests include travel, attending plays, musical theatre and film (particularly rock opera and most cinema created during the second golden age of American movies that spans 1967 thru 1980).  He has modest training in acting and screenwriting and has house managed all aspects of residence life at a busy 50+ graduate student housing cooperative in Austin, Texas.  He is proud of early and largely pre-digital television show segments he helped create in the early 1990s for a nationally syndicated travel program called, "Weekend Travel Update."

Deeper life lessons originate from any number of additional professional work commitments that bolster a career in higher education and research librarianship.  These range from office management at a ballroom dance school, to paralegal services in intellectual property law, and construction litigation support linked to lawsuits emerging from renovation of San Francisco's historic cable car system.  These experiences also include archival work with original photographic production stills from David O'Selznick's film Gone with the Wind, and a variety of work experience in diverse environments.  Proctoring law school exams, driving an ice cream truck, or volunteer counseling for immigrants applying for U.S. permanent residency.   Lately, Michael has especially enjoyed deep immersion in national service on an American Library Association committee consisting of media librarians whose reviews of educational and documentary films help inform collection development decisions of librarians across the U.S. and globe.

Library and Information Science, MLIS, University of Texas at Austin

Librarians and LMAO: (Not "That" LMAO) Academic Library Marketing and Outreach

Your message has successfully been sent.
Your message was not sent due to an error.
If you made any changes in Pure, your changes will be visible here soon.